Knights Stream School – Looking to the past to shape the future

Knights Stream School welcomed its first students in February 2019. The school was established in response to population growth in and around the Knights Stream Park subdivision. The area continues to grow rapidly and there are now community facilities and a thriving township nearby. Knights Stream Park was originally wetlands and it still has swales connecting its green spaces. 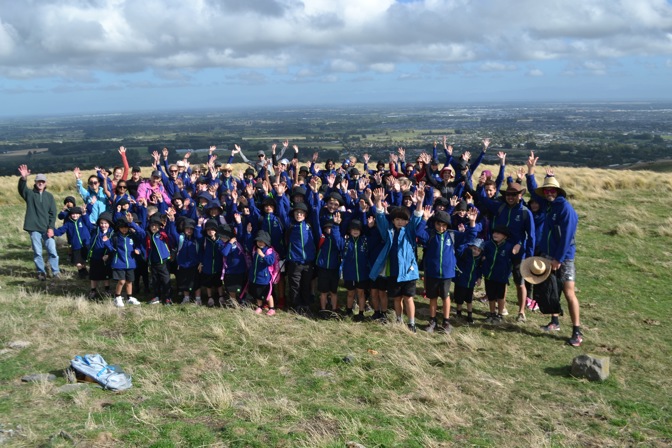 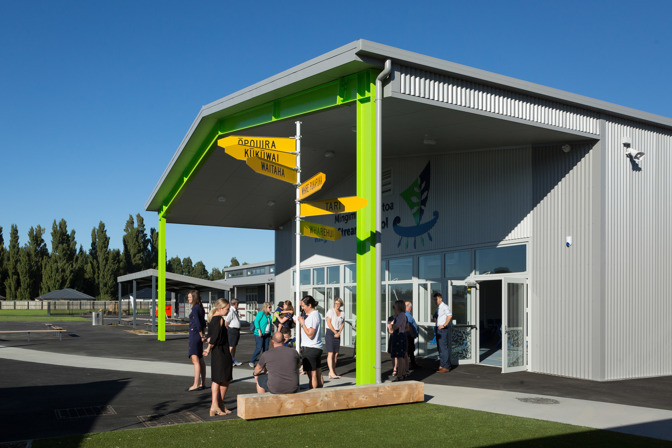 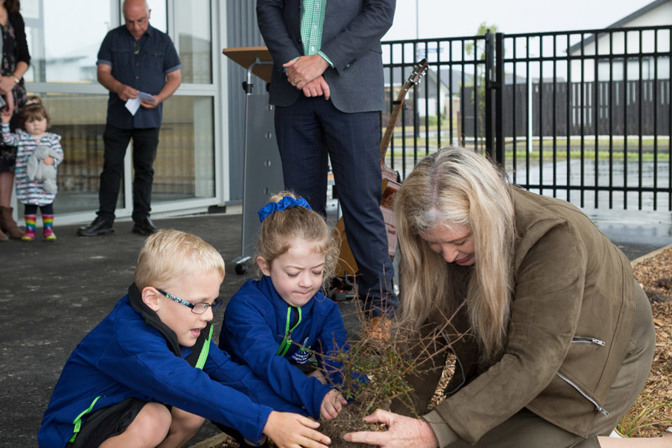 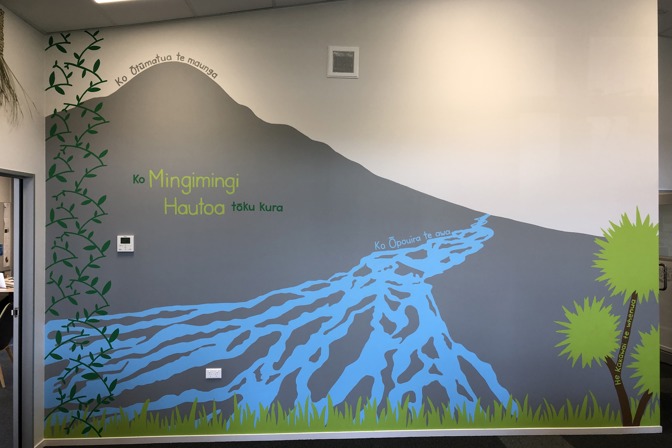 The hardy Mingimingi plant is known for its ability to survive a range of climatic conditions, and once grew abundantly in the area.

The establishment Board, Rūnanga, and the newly appointed principal worked together to explore and understand potential values and principles.

Their thinking kept returning to the characteristics of the Mingimingi. Eventually the plucky plant became a metaphor for the school’s future learners – courageous and resilient, and able to overcome the challenges of learning and life.

This shaped the school’s vision and the first of what would eventually become its five foundational values.

The school’s vision is: “Courageous learners who positively influence the world”.

Caring or aroha emerged from discussions on the importance of this quality for positive relationships.

Connectedness grew from Te Taumutu’s emphasis on the importance of togetherness.

Creativity and curiosity emerged later, as the school began to explore its beliefs about education, and the types of teaching and learning the school would offer.

Each term, the school chooses one of the five C’s as a focus, and planning for the term's learning incorporates that value.

The school’s values are aligned with Te Taumutu’s holistic values, and each term the school also chooses a Te Taumutu value to relate to their learning.

For example, students focused on courageousness (school value) and rangatiratanga (Te Taumutu value) as they investigated leadership and their personal superheroes.

Mana whenua facilitators developed a local cultural narrative for the school which has shaped the naming of key buildings and spaces.

As well as the local environment traditionally being wetlands (kūkūwai), the school is located on part of an important waka haulage link between the Ōpāwaho (Heathcote) and Huritini (Halswell) Rivers. This link is demonstrated through the use of a waka in the school logo.

These three spaces are acknowledged in the school’s pepeha, and their names have influenced the colouring and décor of each of the buildings. 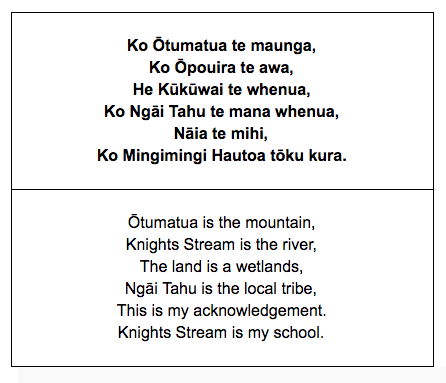 Within the larger buildings, internal spaces are named after features of the overall building name.

The school's mana whenua facilitators, Dianne Robinson (Ngāti Pōrou, Te Whānau-ā-Apanui) and Karuna Thurlow (Ngāi Tahu, Te Whānau-a-Apanui), supported the school with a range of potential names that would be suitable for usage within the larger buildings.

"To make the staff and students feel part of it, they got to name the internal spaces. We were provided with options, and the students undertook research and made connections to what the space should be named. It was a special opportunity for the foundational students.”

Ōpouira, the Māori name for Knights Stream, is special to the school for a number of reasons. Students use the stream for learning activities and the diversity of the school community is signified by the way the stream’s tributaries flow and join together. This is reflected in the Ōpouira building’s internal spaces, which are named with the Māori kupu for tributaries, branches, or channels of a stream.

A mural in te tari (the office) depicts the school’s pepeha, showing its maunga Ōtūmatua and the tributaries of Ōpouira.

The mural was designed by a staff member and foundational staff helped to paint it.

The cultural narrative has also informed the school’s landscaping, with the school’s namesake, the courageous Mingimingi, among its extensive native fauna.

Buildings and areas on the school site are signposted with their Māori names, with a central signpost in the middle of the school.

When the foundation staff joined the school six weeks prior to opening for students, a range of games and activities were used so that staff could learn and be confident with the school's Māori names. This has enabled the staff to refer to spaces by only their Māori name right from the beginning.

In 2019, 190 students had the experience of climbing near Ōtūmatua, including eight students from the Waitaha satellite provision on the Knights Stream School site. For many students this was their first significant hiking experience, making it personally as well as culturally significant.

Dianne Robinson discusses possible next steps for the school:

“There are next steps that are opportunities – creating school songs that talk about their school pepeha would be a suggestion that they could do. Visits and interaction with their points of significance -  with their local stream which has been reimagined through the subdivision and is quite close to the school site. How do they engage with that and learn about it and understand about that stream? That would be a great opportunity for them to have ownership of it. This is the beginning of their journey and it will be exciting to see where they take this in the future.”

Develop clear values – Clear values help to shape and enrich the design of other aspects of teaching and learning, such as the school’s curriculum. Constantly coming back to the five C’s has allowed the school to check that their local curriculum reflects their values.

Build strong partnerships with whānau – Connectedness as a value is reflected in the strength and importance of relationships. The principal and kaiako value being responsive to whānau, and building positive relationships in which whānau feel comfortable engaging with the school. Attendance is high at school events, and a large number of parents are involved in the Friends of the School group.

Embed the vision – Ensure that the vision is embedded in the school and the community, and isn’t tied too closely to a single person or group, whether that be the Board of Trustees, the principal, or the senior leadership team.