When Jenelle Hooson took up the new role of wellbeing coordinator at Rangi Ruru Girls’ School, her most satisfying discovery was the extent of wellbeing initiatives already occurring. The school had been running a wellbeing programme for two years, with staff members and students developing, planning, and delivering aspects of this.

The early successes of the programme led to the role of a designated coordinator to develop and embed new and existing wellbeing initiatives. In this role, Jenelle spoke to a range of students and staff to understand the activities already occurring, and how these could be better promoted and integrated. 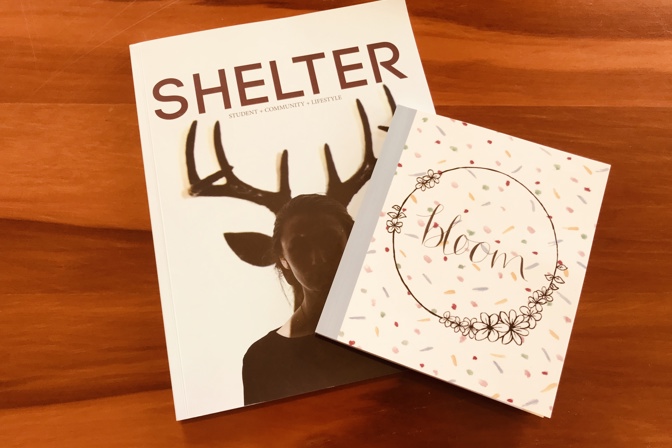 This year, the Head of Wellbeing has been mentored by Jenelle which has provided a good conduit for students and staff to swap insights and observations.

The Head of Wellbeing and other student leaders have developed several wellbeing initiatives.

One initiative is the development of a mental health checklist designed to normalise discussions about mental health and encourage students to tell others when they are feeling anxious, stressed, or down.

The checklist, which was released to all students in term 4, is called the Checking on your Sisters List, which aligns with the student council’s theme for the year - strength in sisterhood.

Staff concerns about the way some students were interacting with others online resulted in an anti cyber-bullying initiative. Students developed a ‘just don’t’ sticker for students to stick on their devices, and promoted the anti-cyber bullying message behind the sticker in assembly. As a follow up, senior students attended tutor groups and facilitated activities related to the ‘just don’t’ message.

The sticker was accompanied by ‘just do’ messages for students. For example:

“Off load your feeling and emotions to someone who isn’t involved in the situation. This could be a trusted teacher, parent, or family member. If you don’t feel comfortable talking to an adult about it, an older student could also be a great person to talk to. It is likely that these kinds of people have faced similar situations to you and will be there to listen.”

Initial feedback has been positive, and the next Head of Wellbeing will be gathering feedback on how to further improve this initiative.

All students take part in a Global Living course, which is based on three inter-connected pillars:

“The idea is about ownership and authentic learning. From the wellbeing side, showing them they can be in control of things and take ownership.”

One group of year 11 students designed and developed a wellbeing journal called Bloom. The journal includes ideas, stories, and activities related to each of the student council areas, with additional pages for personal reflections. The students enjoyed watching how the journal evolved beyond their initial idea.

“We started off just with the idea of having a diary with hints of wellbeing like a fun fact or something you could do one day of the week. It then turned into not bothering to have pages for each day and just lots of activities, ideas, reflections, and goal setting so we could fit more interesting and fun things in.”

The students were responsible for developing ideas and content, editing, and the design and layout. The journal incorporated artwork from younger students. The group expressed pride in the finished product, and reflected on how the project had influenced their own wellbeing.

“You know you can make it a good period [Global Living] because you are totally in charge. It makes me think about some of the parts. When we were planning it, we had to think what is wellbeing and what fits into that?”

Think about sustainability
The programme started with staff who expressed an interest in taking part, and was made manageable by ensuring that aspects of the programme were distributed across a group rather than being the responsibility of only a couple of individuals. Designating a wellbeing coordinator with time allocated for the role is proving successful for consolidating and growing the programme further.

Think about long-term logistics
The programme was initially a whole school programme which focussed on one school value each term, with activities or initiatives relating to that value being developed and delivered primarily in tutor groups.

“We spent a term focusing on enthusiasm and endeavour and that was based around physical activity – yoga, Zumba, and grateful walks (thinking about what you are grateful for whilst walking). There was also a term on philosophy and spirituality. That is how it initially started, it was term by term and it was whole school.”

The switch to a focus on one value per year level has allowed the programme to be more in-depth, and more targeted to the age of the students to which it relates. For example, in year 7, students focus on aroha and building their sense of belonging. The programme is more flexible, as it can be varied during the year if it isn’t meeting needs.

“It highlighted to me, that although all schools are trying to make changes in terms of collaboration, often we do work in silos and don’t know what is happening in other areas of the school. I think there are missed opportunities by not knowing about, recognising, or building on the great stuff we are all doing.”

Jenelle has also appreciated the interaction with colleagues from other schools through Grow Waitaha’s Wellbeing Community of Practice (COP), and has been able to apply many of the activities and resources in her own context. She is excited about upcoming student participation in the COP, and how this will further strengthen student leadership in wellbeing at Rangi Ruru.

Wellbeing for success: effective practice, ERO 2016
This report provides detail about effective school practices that promote wellbeing for all students, and describes how some schools respond when concerns, issues, or events require more targeted support.